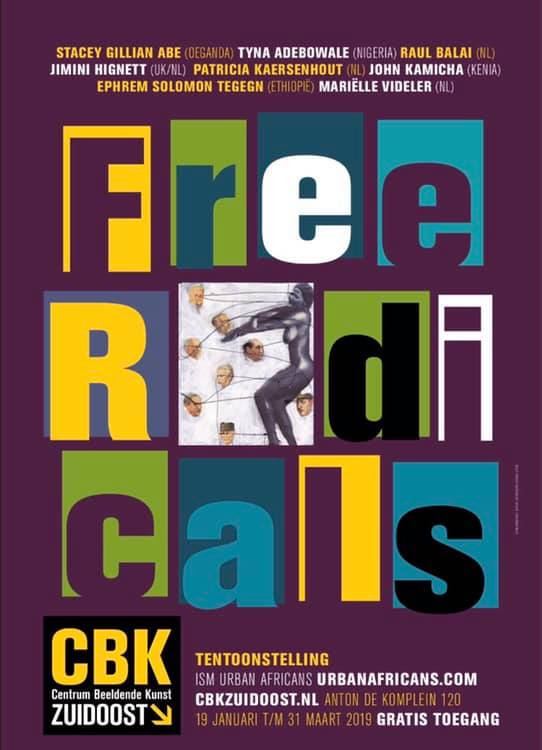 Free Radicals is a term used in chemistry. They are elements which are produced by the immune system to eliminate bacteria and viruses. Under normal circumstances they are removed by the body itself, but when there are too many free radicals, the body has a problem, as this results in disharmony and imbalance within it and there is a heightened possibility of a disease occurring. 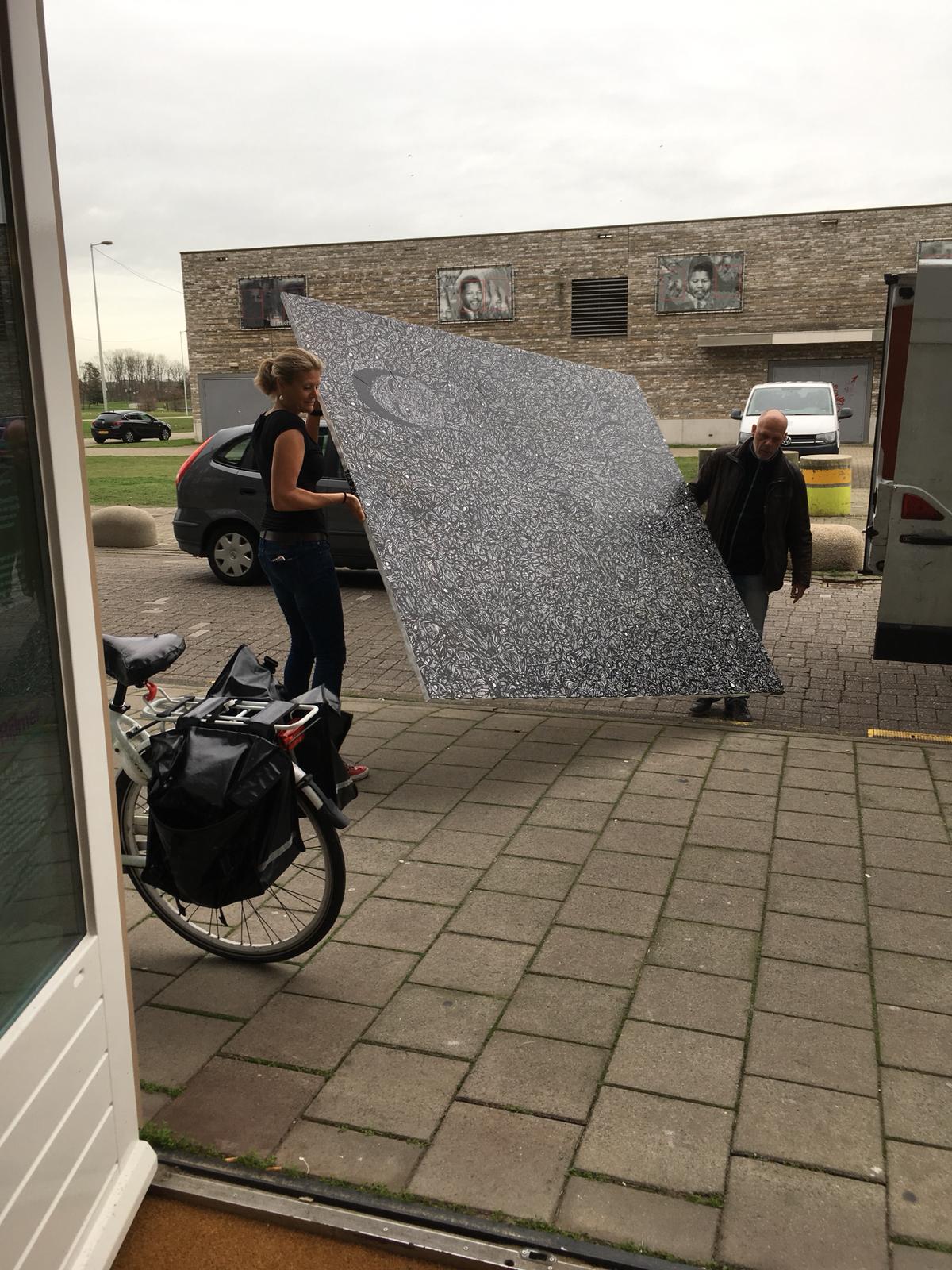 In this exhibition, Free Radicals are viewed as positive elements which attack bacteria and viruses. That is to say, these artists expose societal wrongs and have a radical way of working to tackle them. They respond to disharmony and imbalance in contemporary society. They do so in their own manner, within their own context, and based on their own backgrounds.

We call them Free Radicals because they are not afraid to challenge assumptions and conventions; because they are innovative minds who turn stereotypes upside down; because they are strong personalities who dare to be different, to the extent of sometimes even risking their own safety in order to proclaim their own truth. They are ground-breaking, or have a radical approach in their artistic practices.

With some artists, these aspects are immediately clear upon seeing their work, with others it is more subtle. In these turbulent times, freedom of expression can still not be taken for granted. 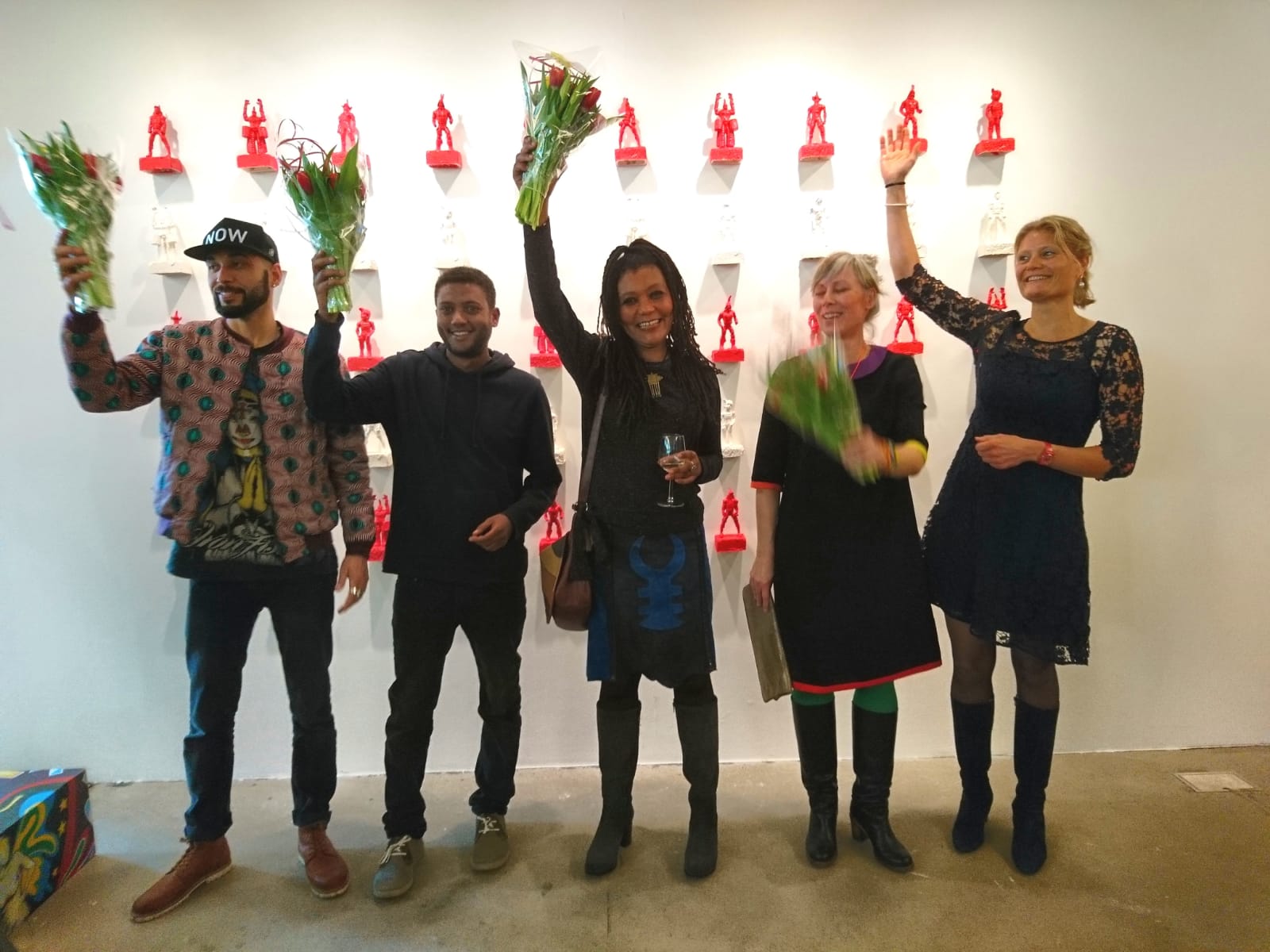 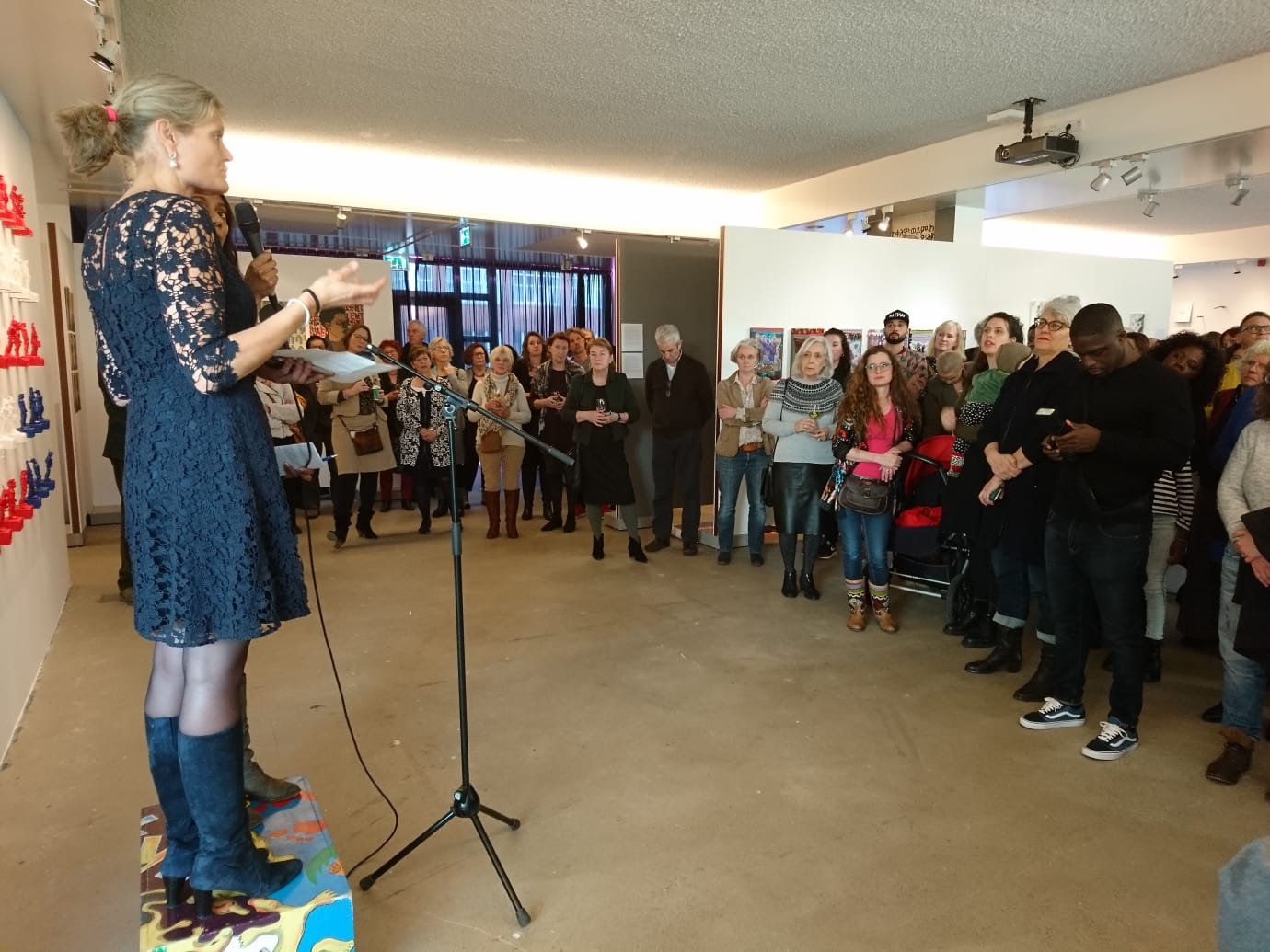 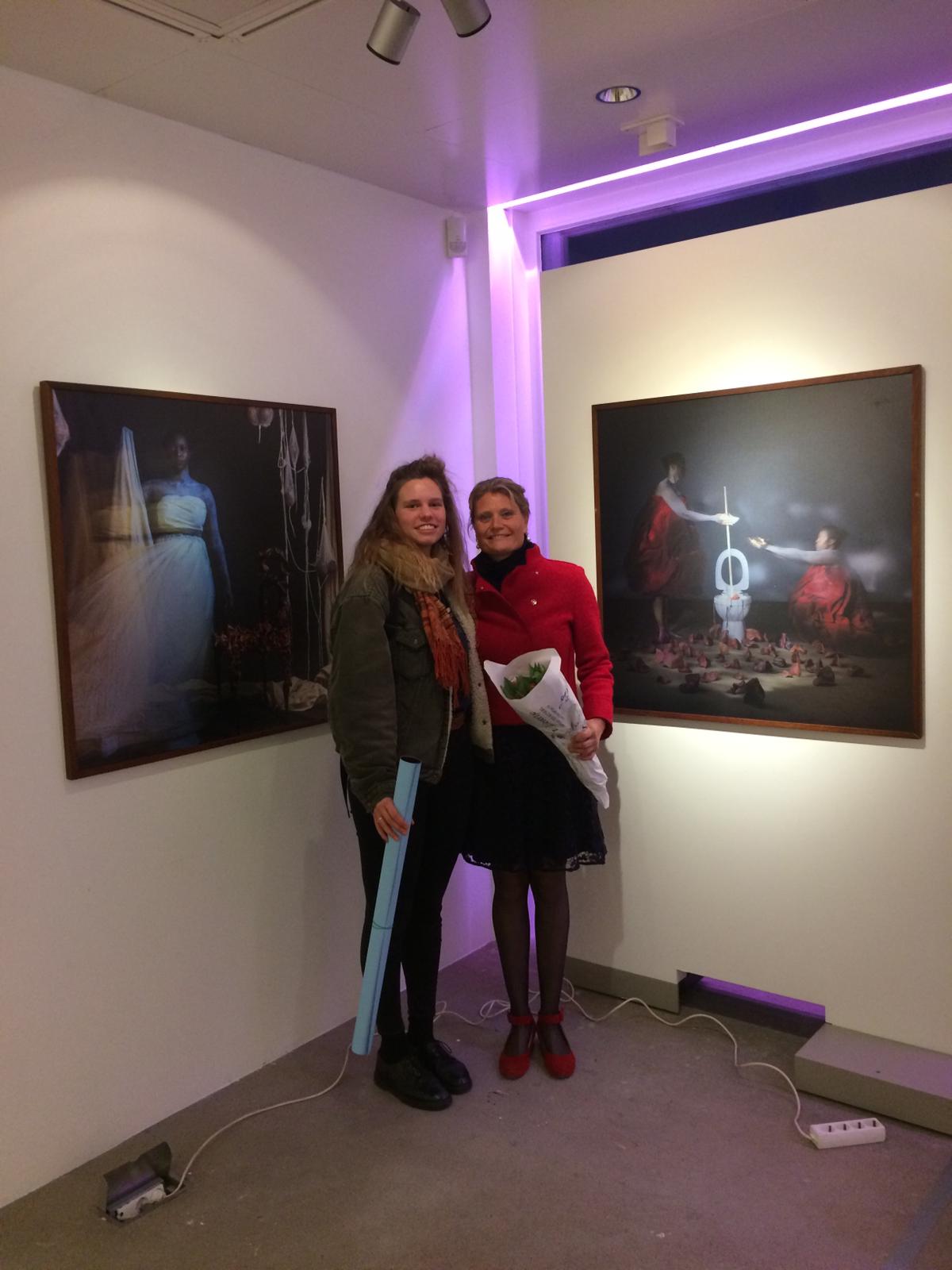 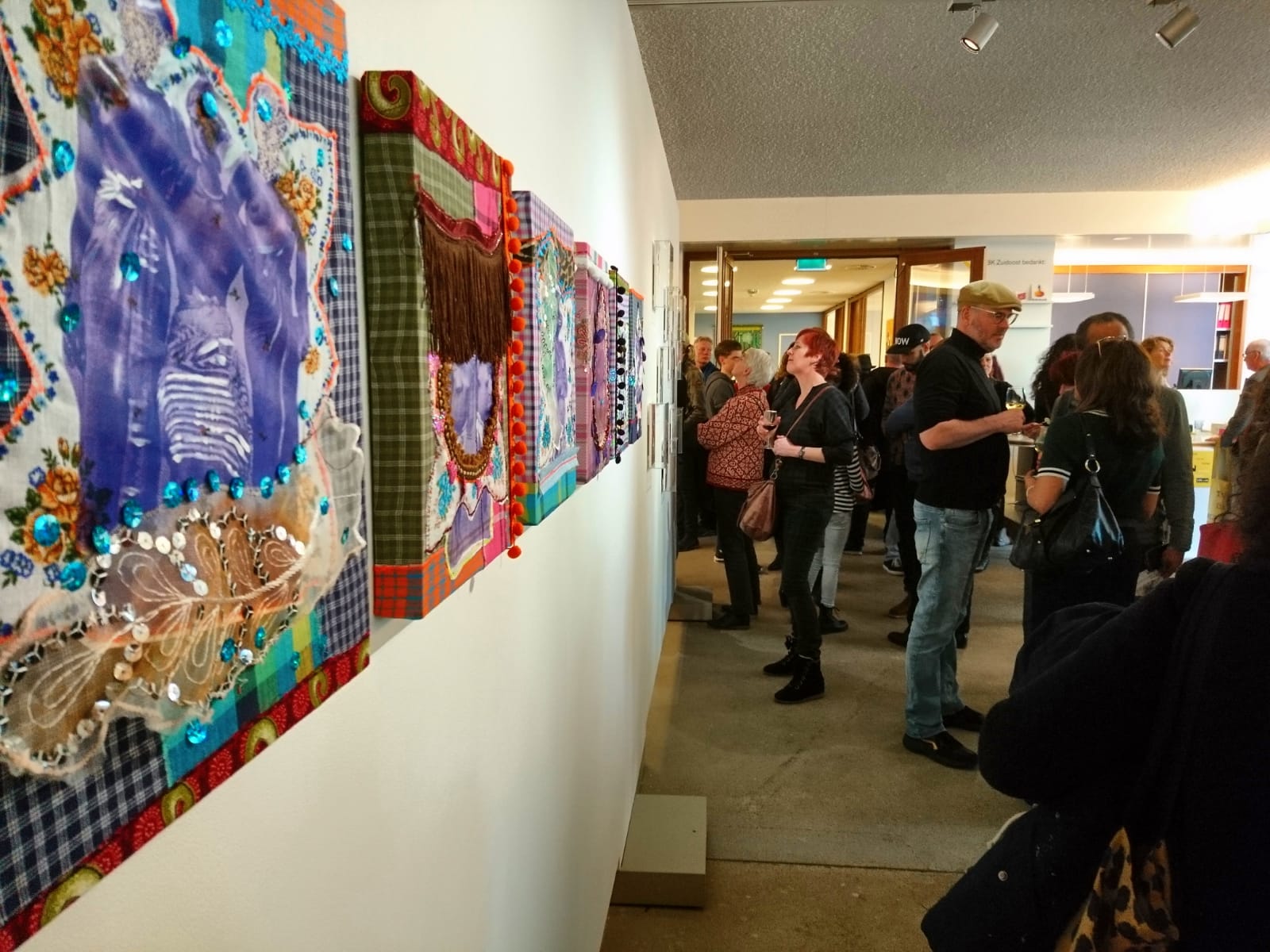 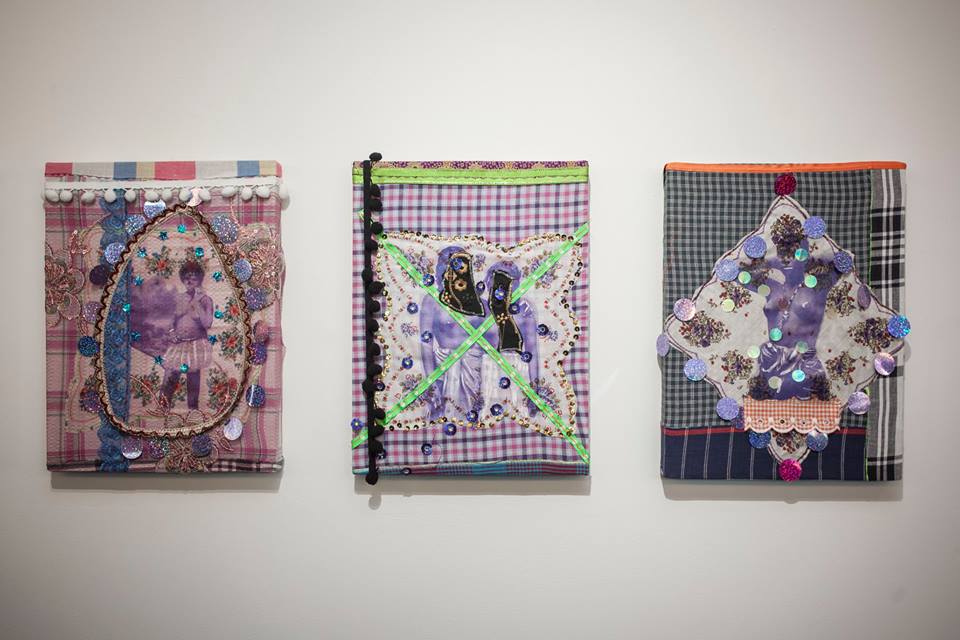 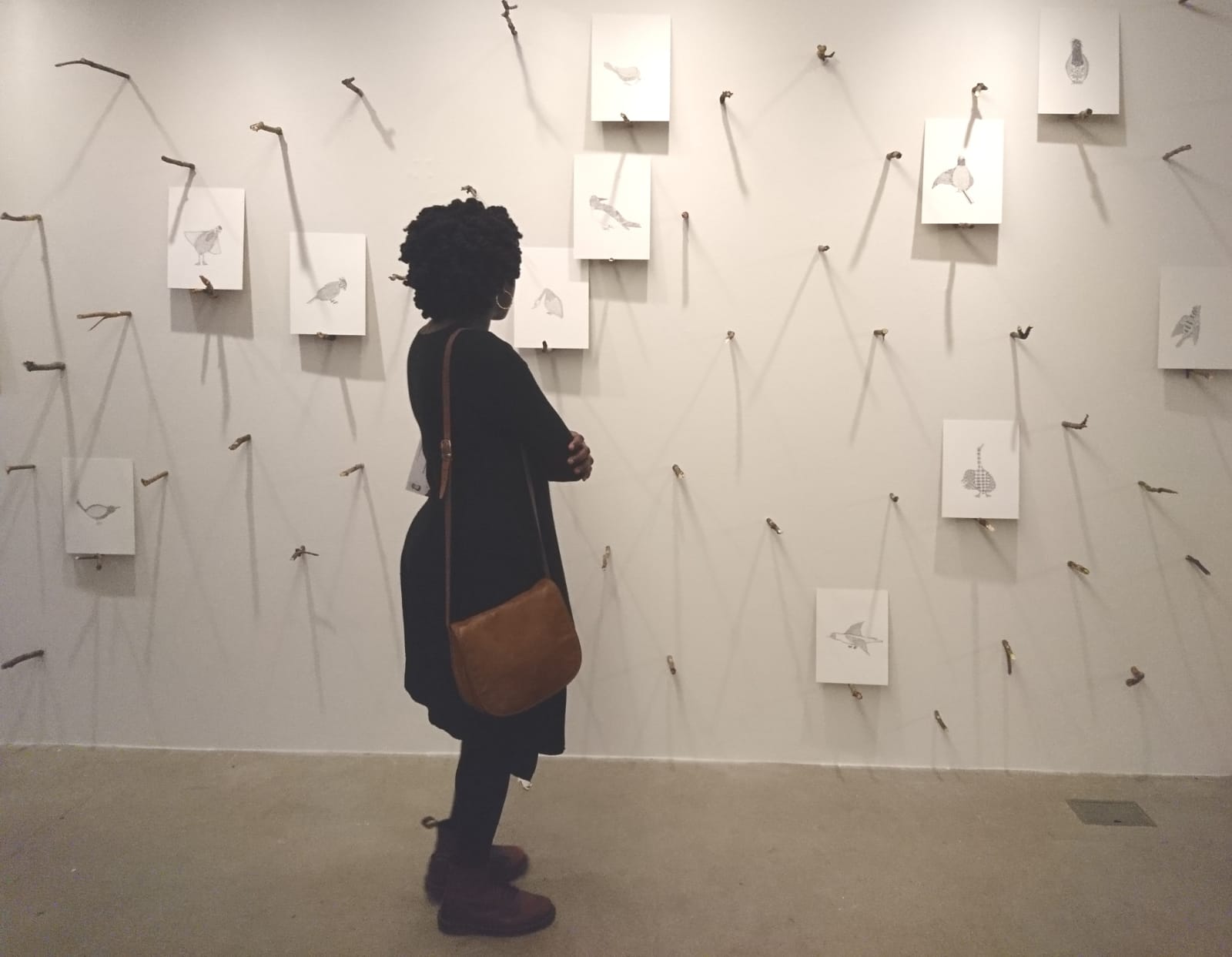 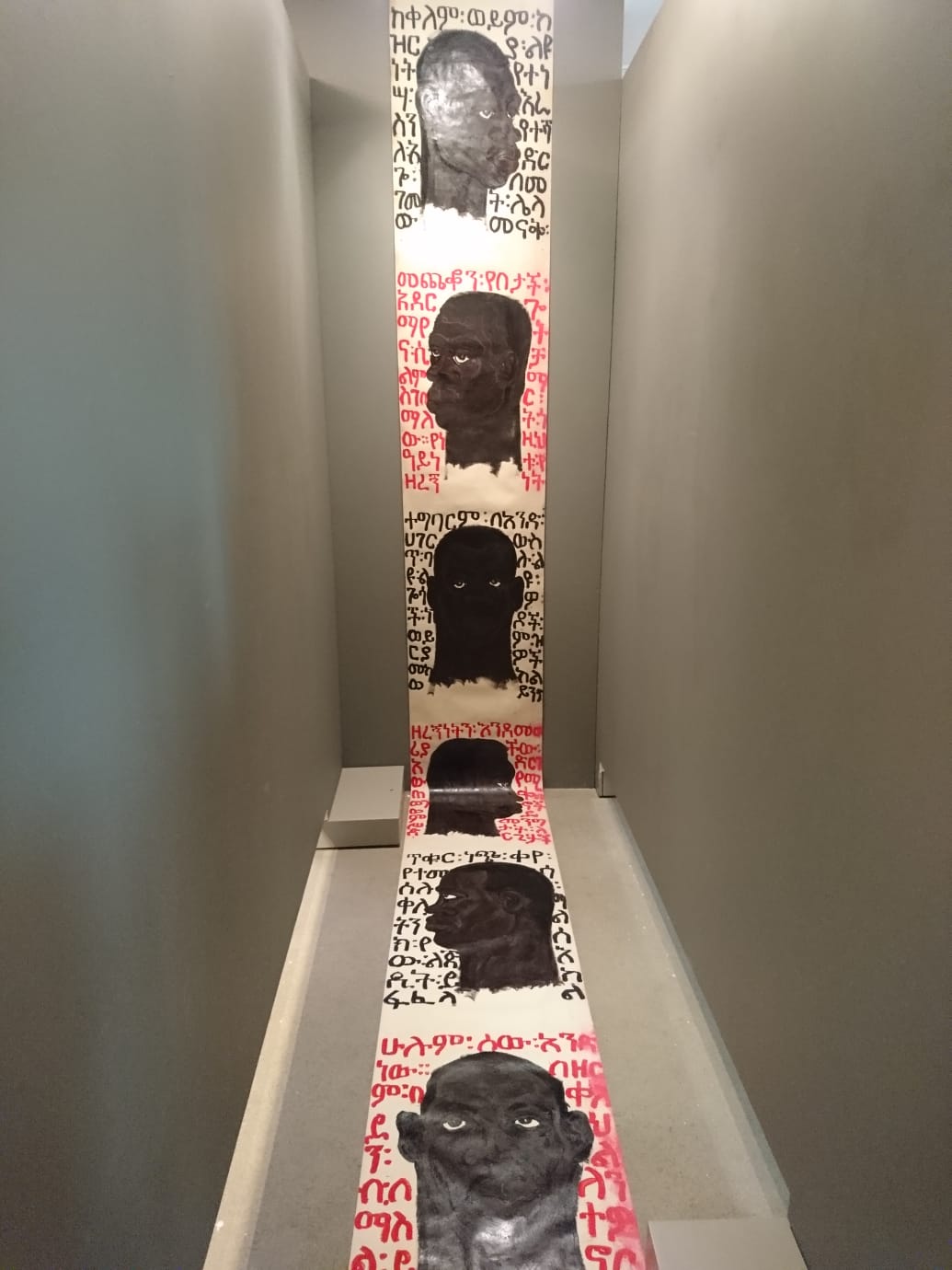 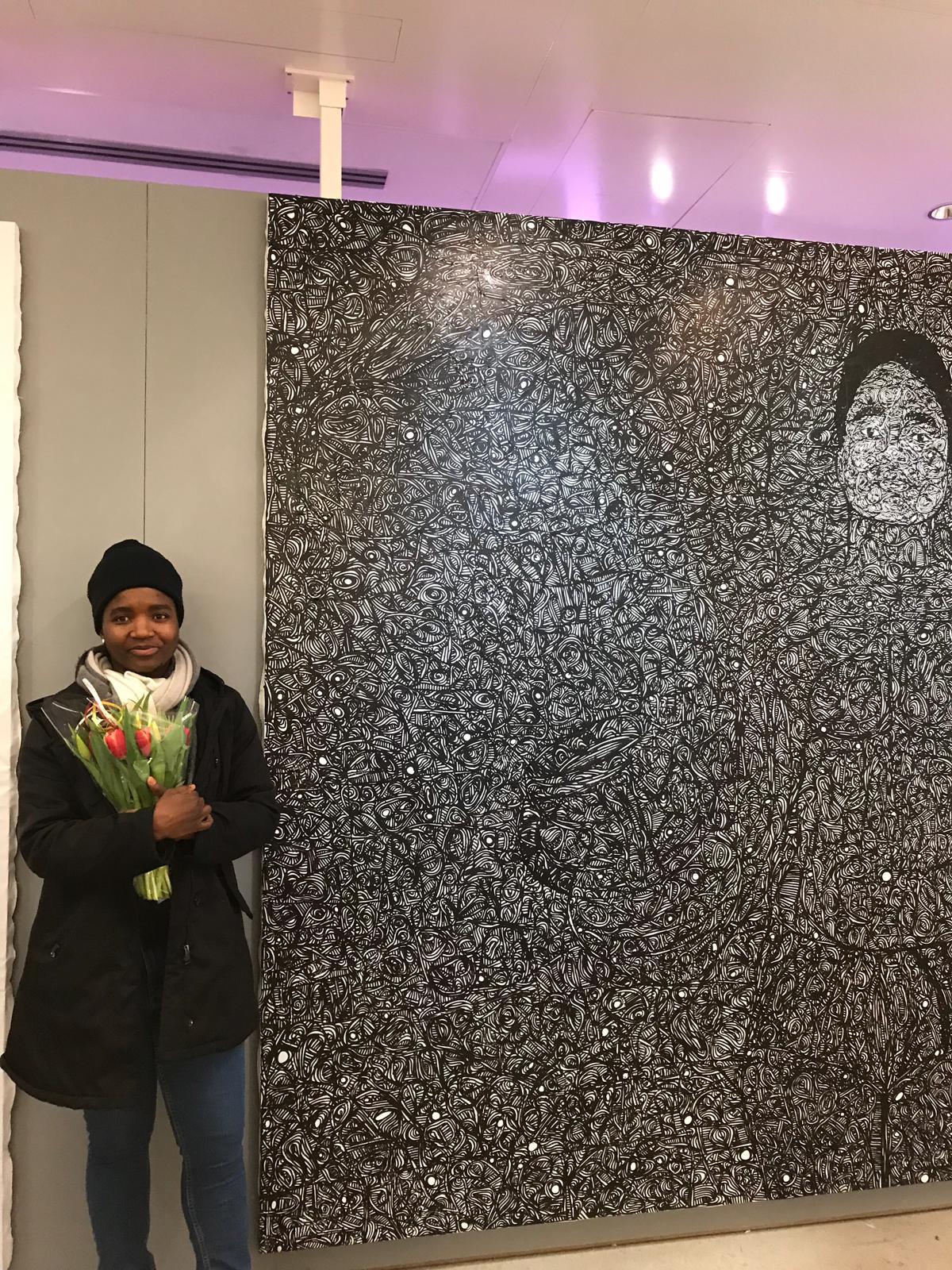 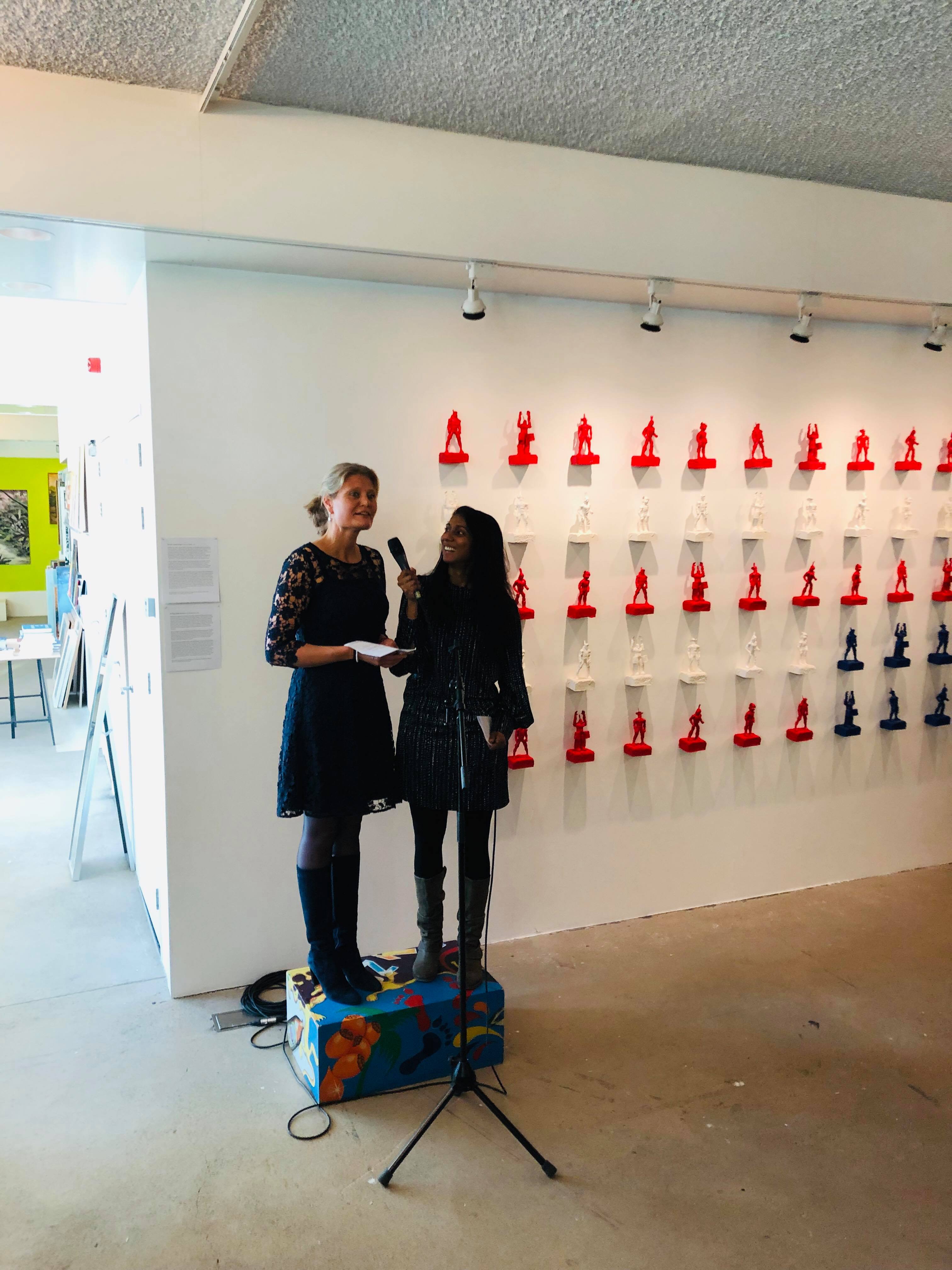 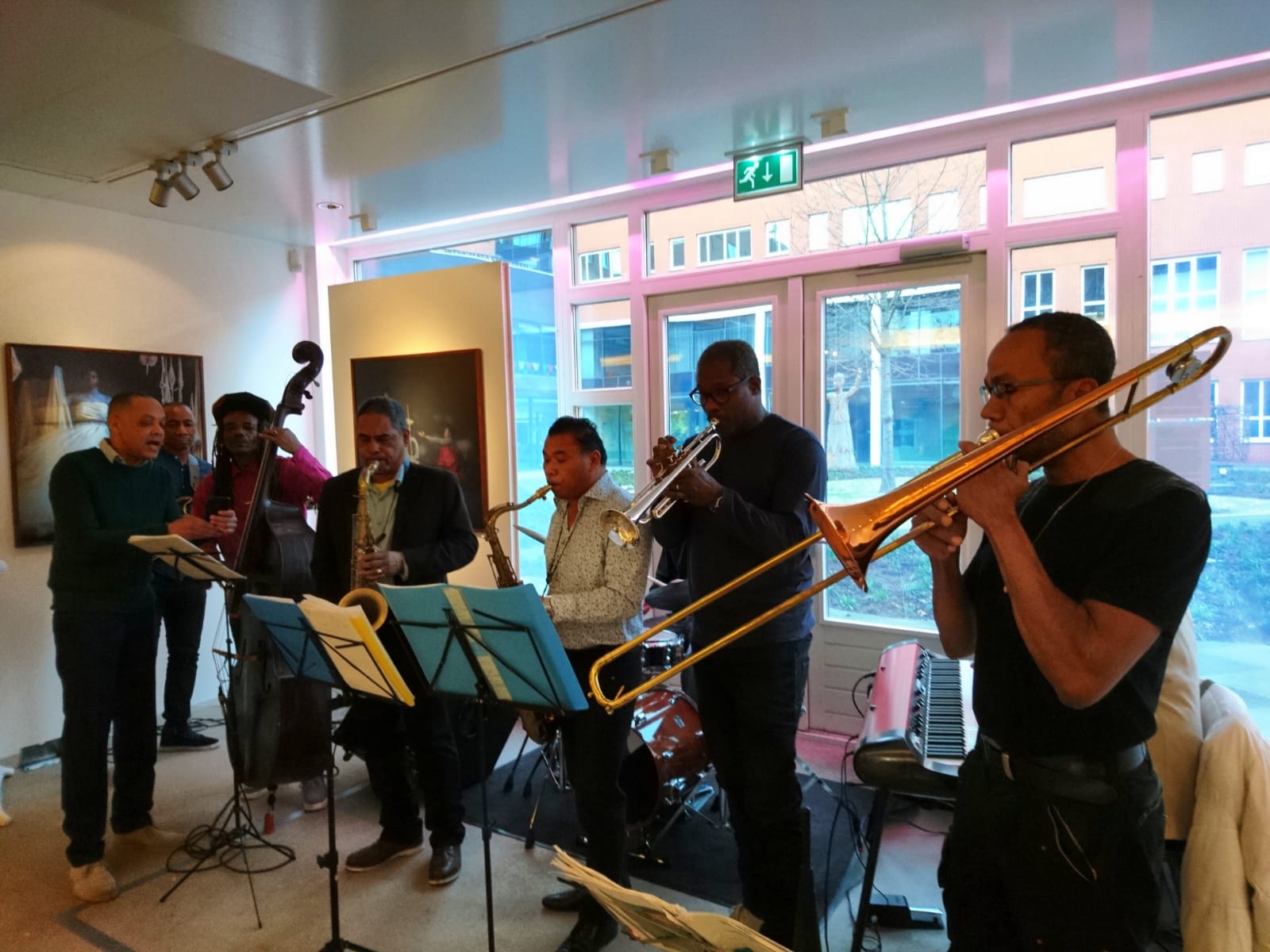 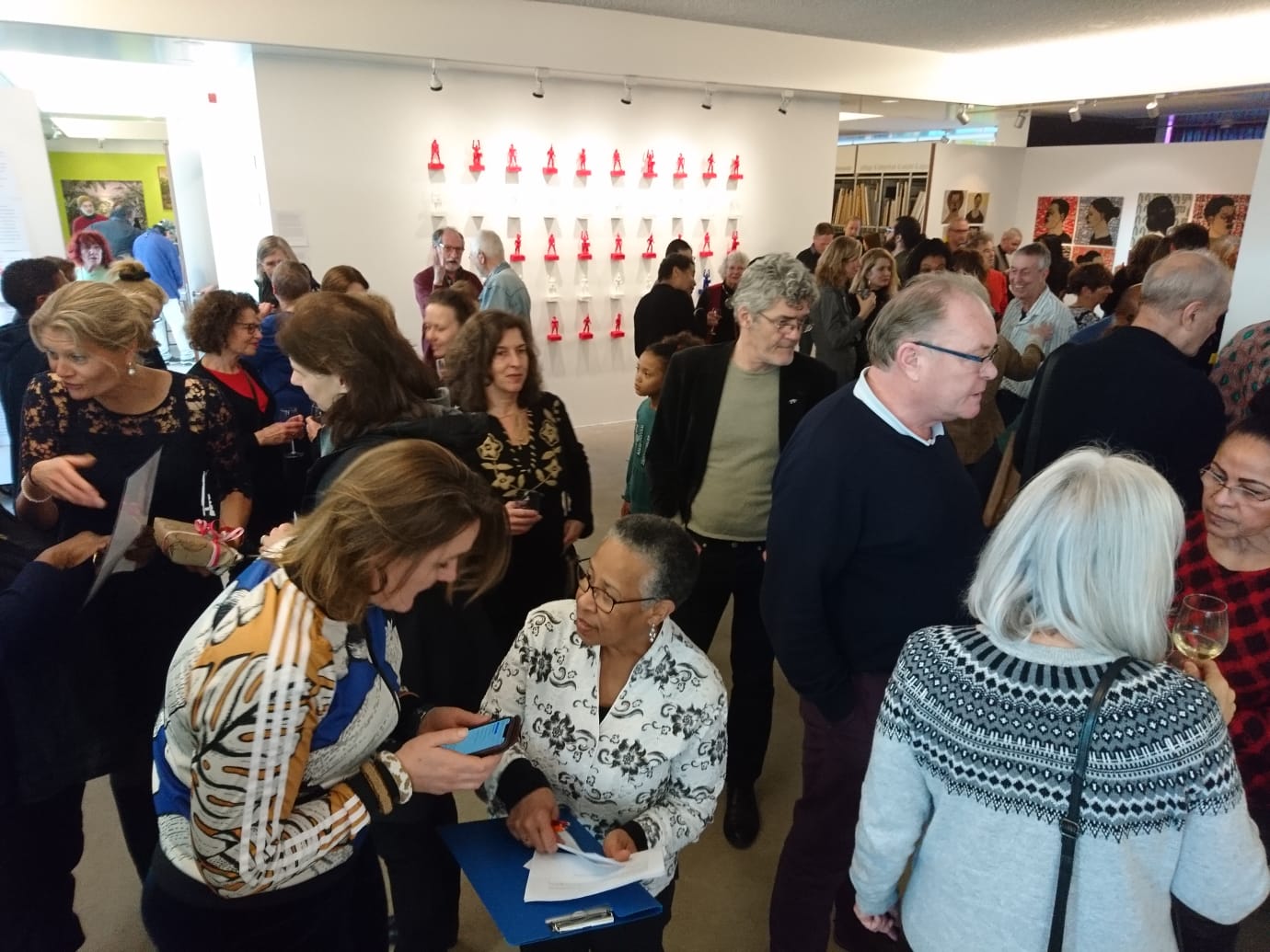 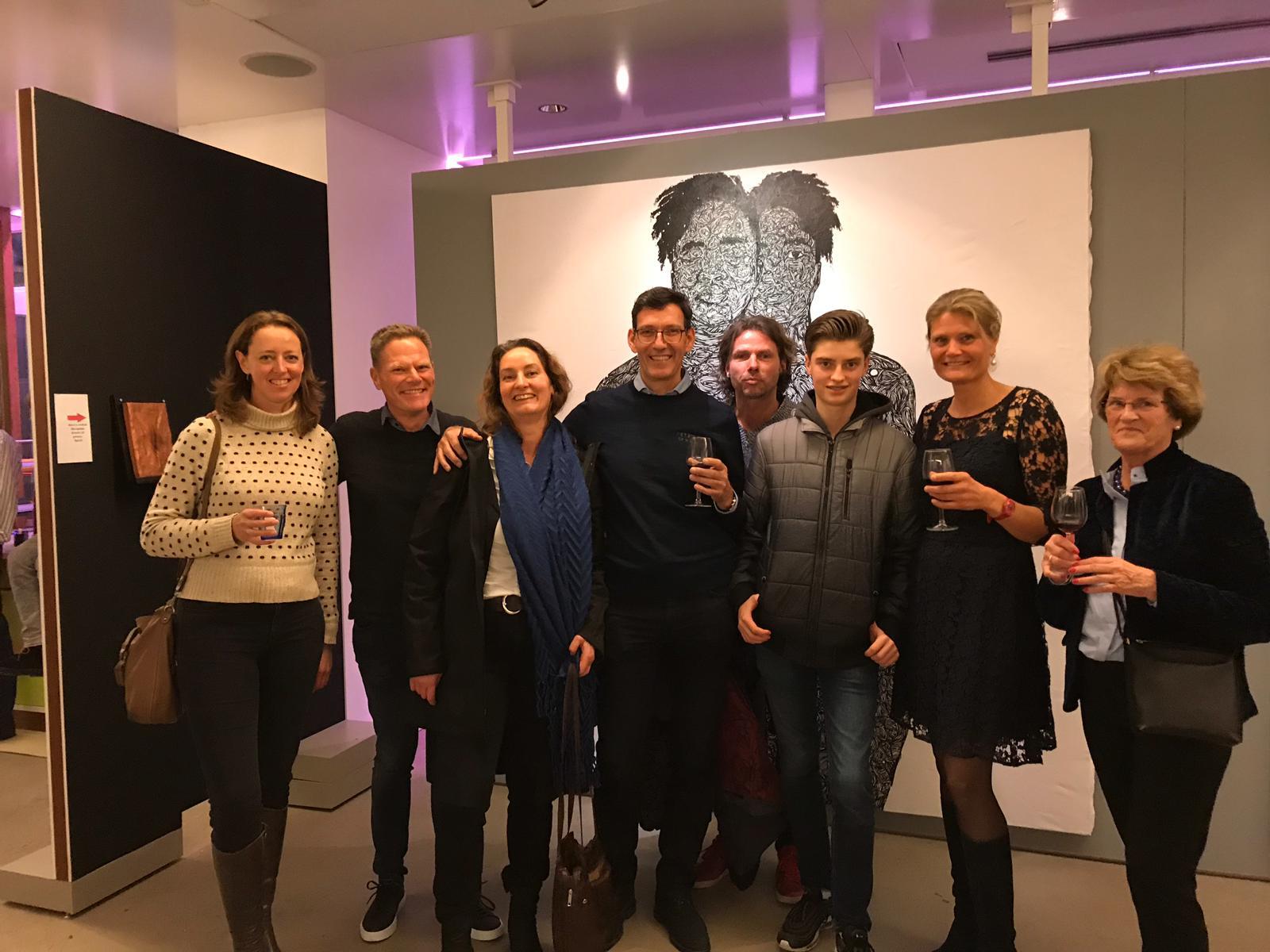 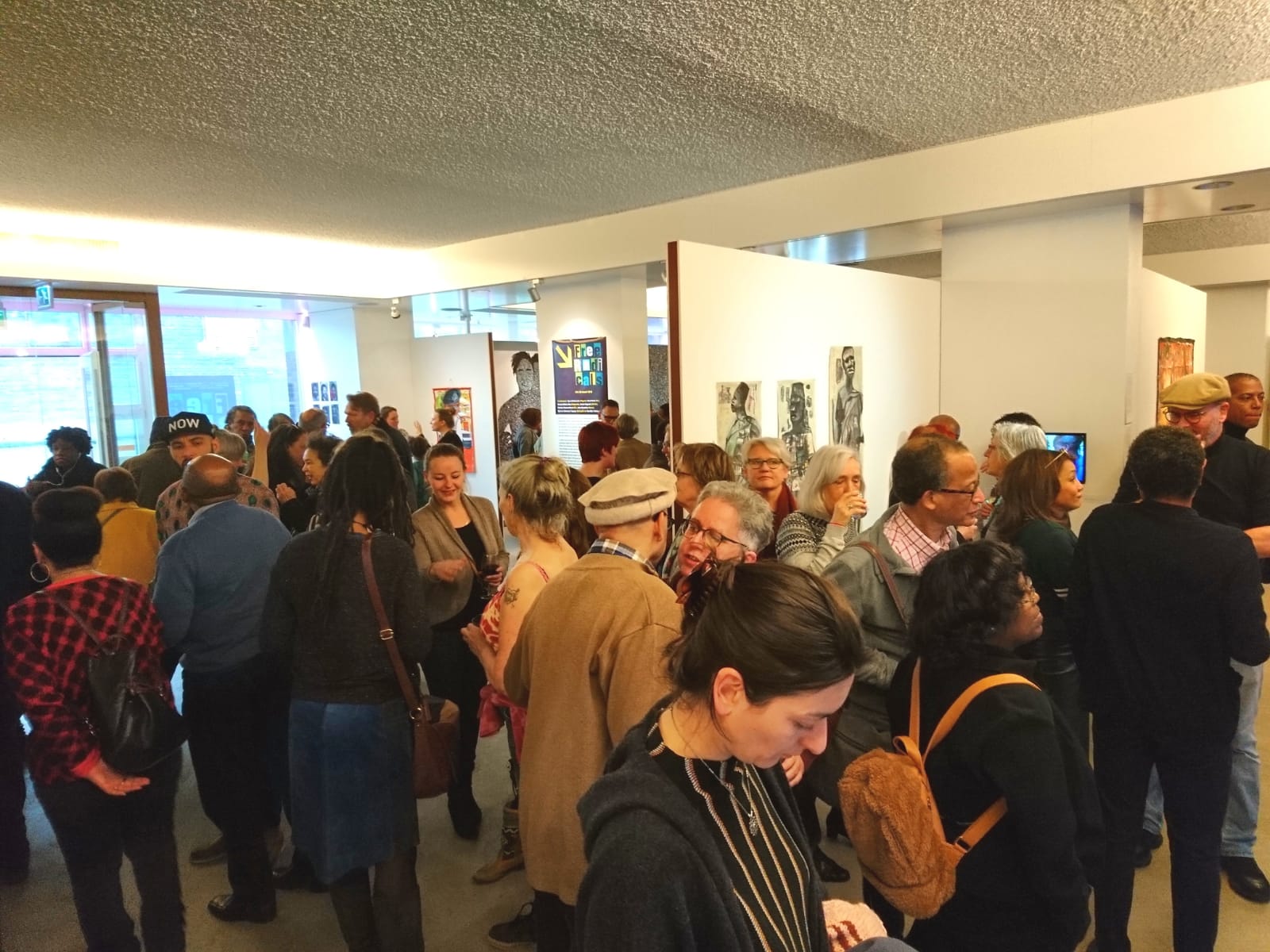 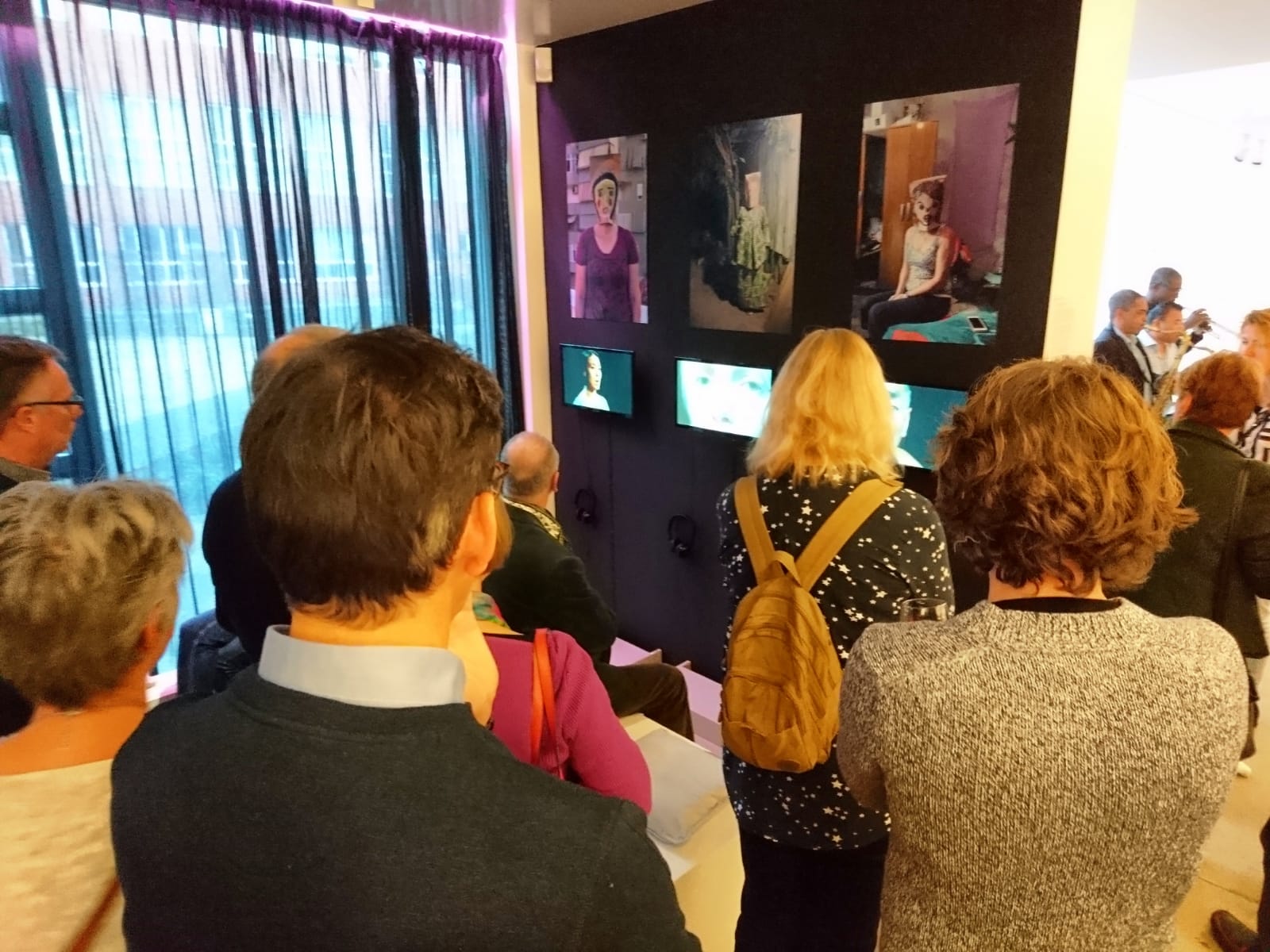 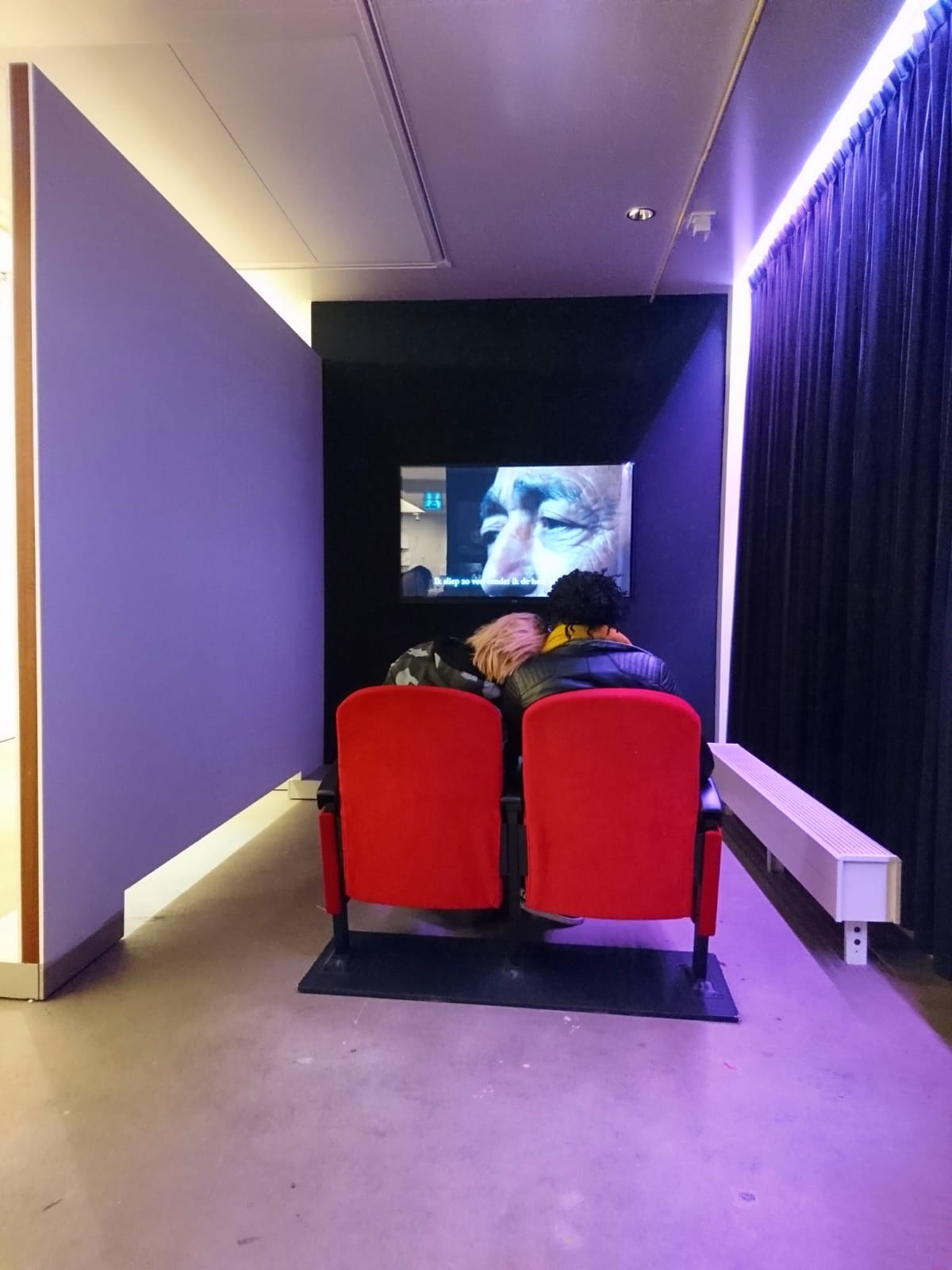 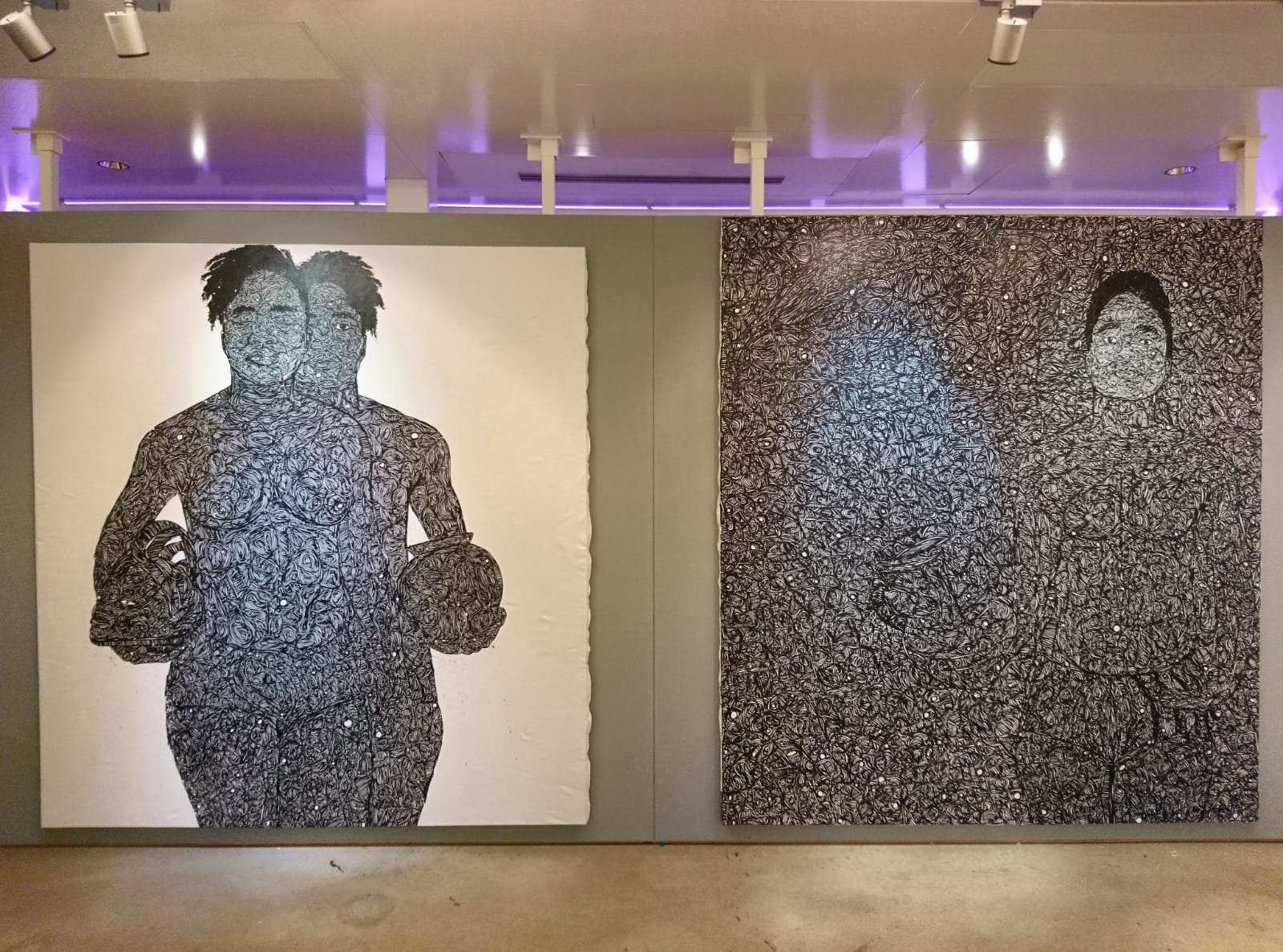 Tyna Adebowale (Nigeria, 1982) is a multimedia artist who uses her body to address pertinent themes within Nigerian society such as homophobia, the position of women, and gender inequality. She uses her large black and white line drawings, installations and videos to confront the viewer both with her own body and with the LGBT world. She investigates why particular pre-colonial traditions concerning homosexuality and matriarchy in Nigerian society have been erased – Adebowale’s view is that that Christianity and colonialism are to blame.

The enormous black and white canvasses show half naked figures with traditional objects such as masks clay pots and wooden spoons. The figures are Adebowale herself, accompanied by her deceased twin brother as her alter ego. In the Dandauda series she refers to vanished traditions such as feminine men who occupied a place in traditional Nigerian society, forming a nexus between the male and the female worlds. In Nigeria’s Islamic north, they worked, for example as hairdressers, or housekeeping. Likewise, women were able to marry other women, if they were financially independent and in a position to pay a dowry. Since 2014, however, an anti-homosexuality law has been in effect in Nigeria and this community has had a very difficult time. 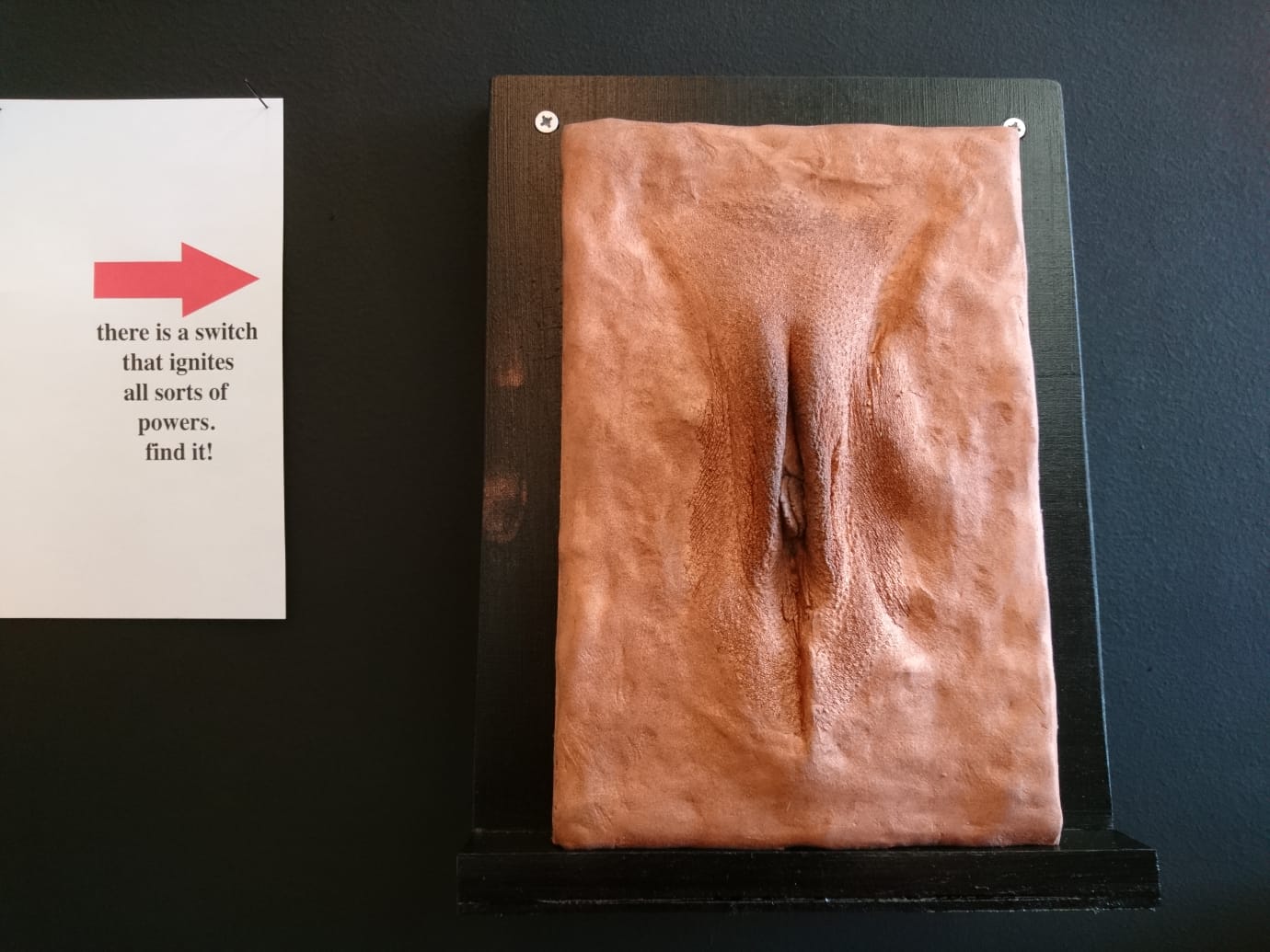 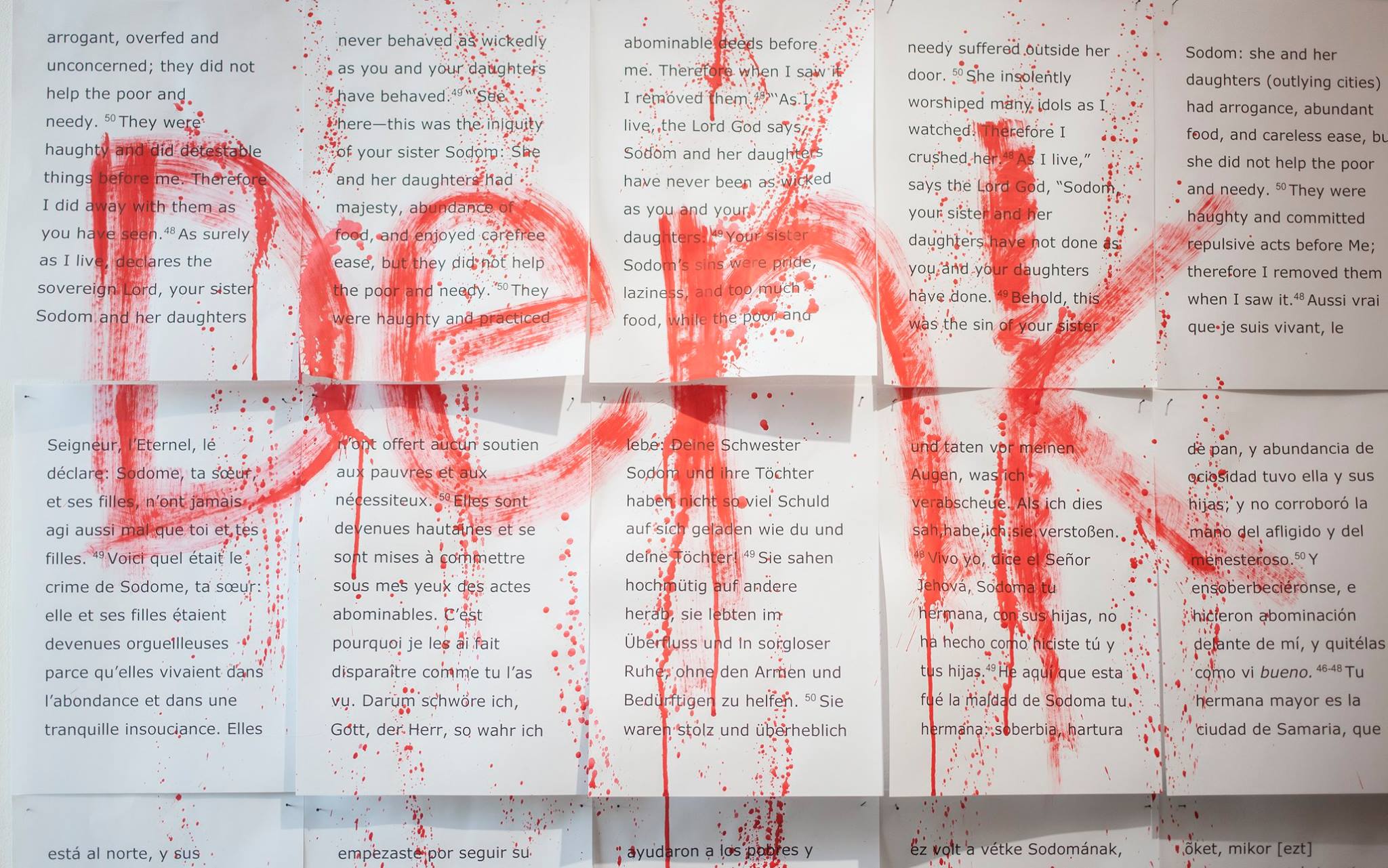 Confrontation is an important instrument in the installation, Ajánakú, which, translated from the Etuno language, means ,The Elephant in the Room. The work consists of a moulded impression of Adebwale’s vagina, made of synthetic resin, and a suitcase which contains a version of the bible. Visitors are invited to touch the vagina. For Adebowale, this installation is an experiment to see how people behave and respond to taboos in a so-called ‘open’ society such as the Netherlands. “The core meaning of my work – which is to reconstruct the history of the matriarchy and to challenge the patriarchy. How can we, as women, the creators of humanity, live in this patriarchal society? God is female!” 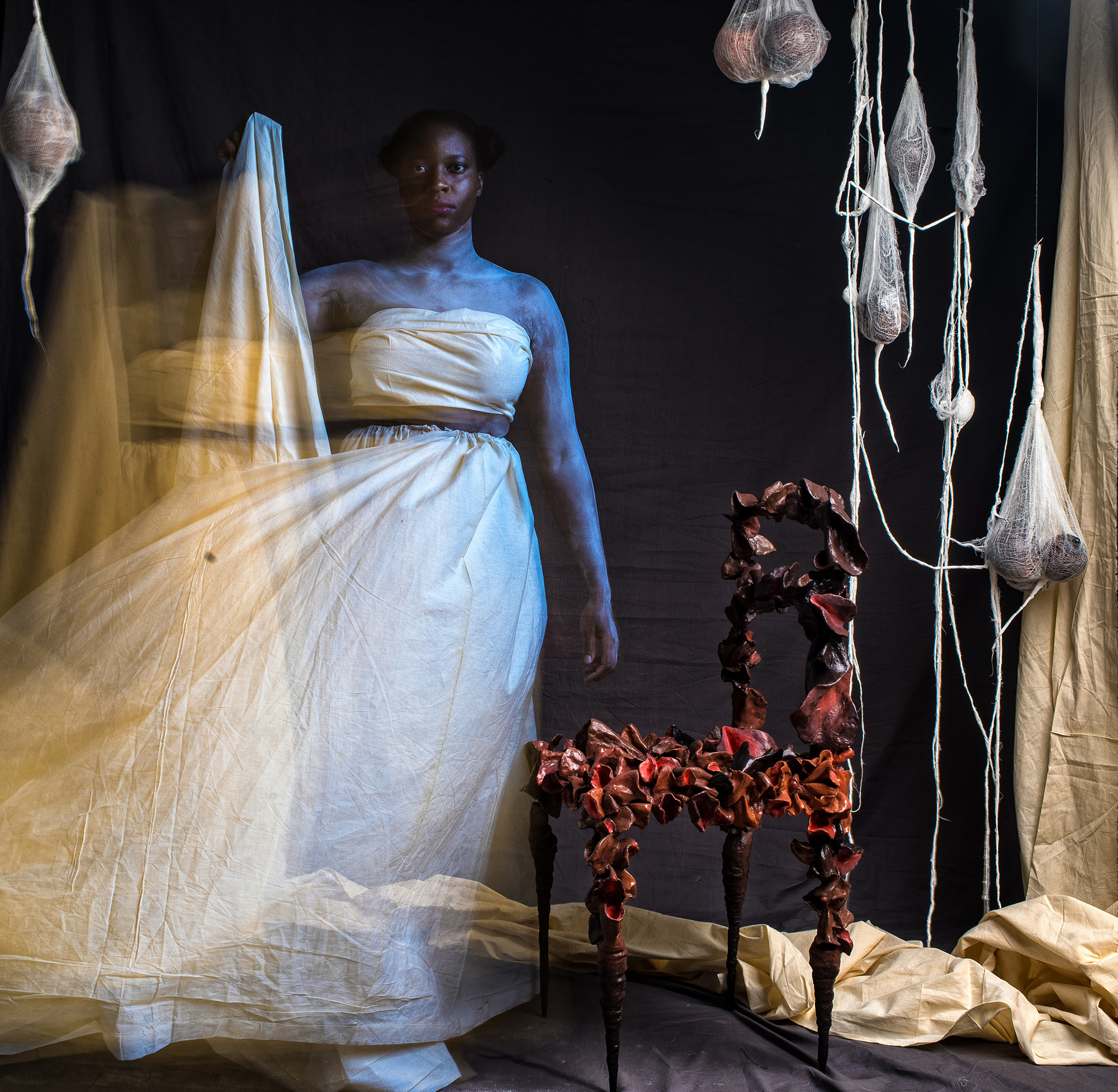 Stacey Abe Gillian (Uganda, 1990) studied art at Kyambogo University in Kampala, Uganda. As multimedia artist she makes installations, videos and performances in which she investigates the strengths and vulnerabilities of the young Ugandan woman. She questions the way a woman’s power is defined in Ugandan society, and how she herself stands in relation to tradition and modernity. In this way she wants to create awareness of the objectification of women. Her work is based, among other things, on memories from her childhood during which time her mother taught her how she should behave according to the traditional values of Ugandan society – in terms of clothing, behaviour, and the expectation of marriage and having babies.

In the performance still, Seat of Honour, Gillian is clothed in a white dress which references a traditional Ugandan wedding dress. The chair functions as a throne and consists of different shaped and coloured vaginas – “I want to show that I dare to discuss the objectification of women. We are all different and unique.” The work, Enya Sa, shows Gillian clothed in a red cloth – the prescribed correct dress for women in the kitchen – whilst she stirs her food which consists of vaginas in a toilet bowl. In both these works she plays with taboos – “In Ugandan society, deliberately baring your intimate parts is a taboo, or is seen as a bad omen, which is in stark contrast to how women are viewed a sexual object.” 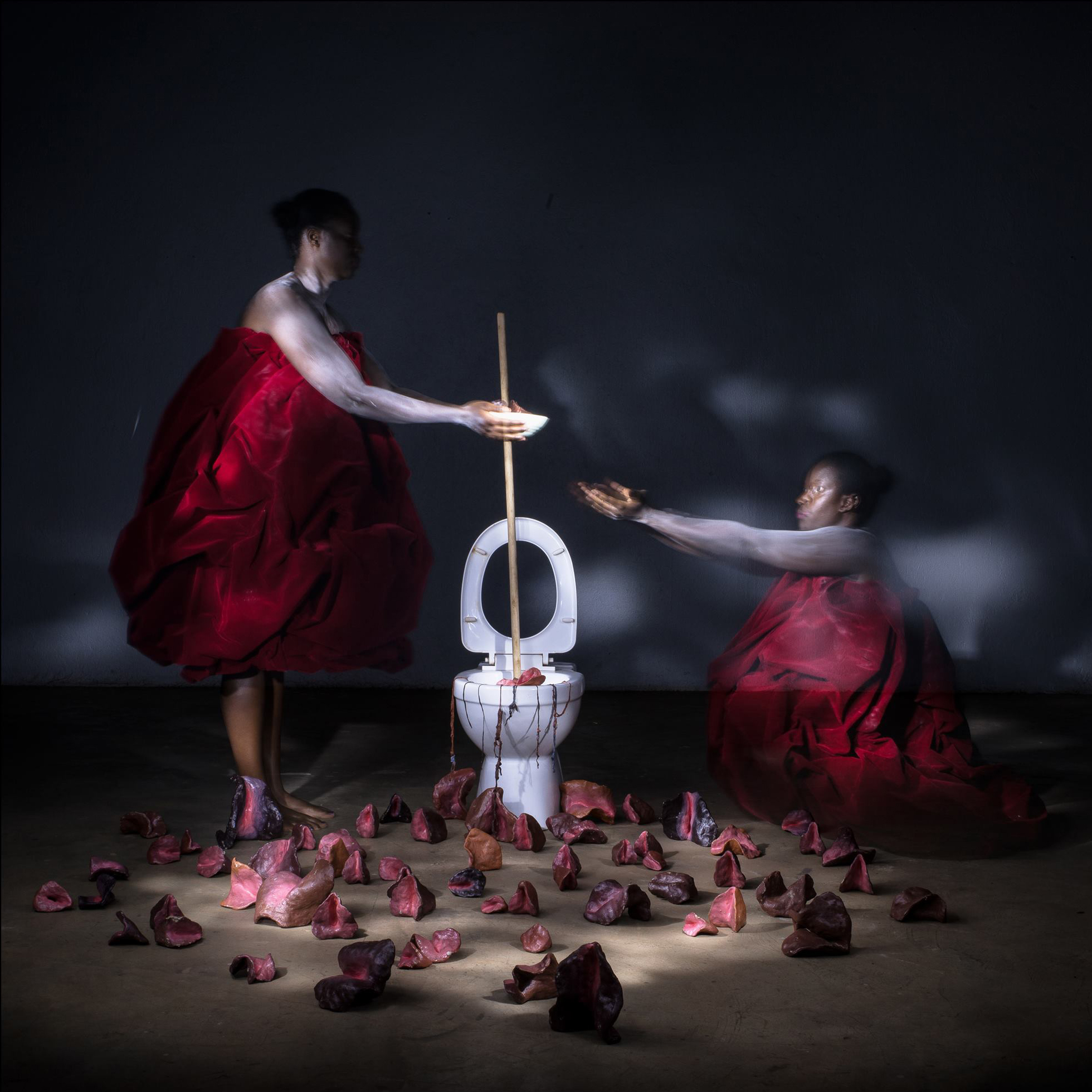 According to Gillian it’s a question of ‘the survival of the fittest’, by which she is referring to the double challenge she experiences as a Ugandan woman – “The crazy thing is that if I excel in our society, I become a threat to my male counterparts. But if I win, I can be a role model and my voice can encourage each woman to rise up in her community and to stick up for her own interests. I am ready to push for that change, no matter how long it takes!” 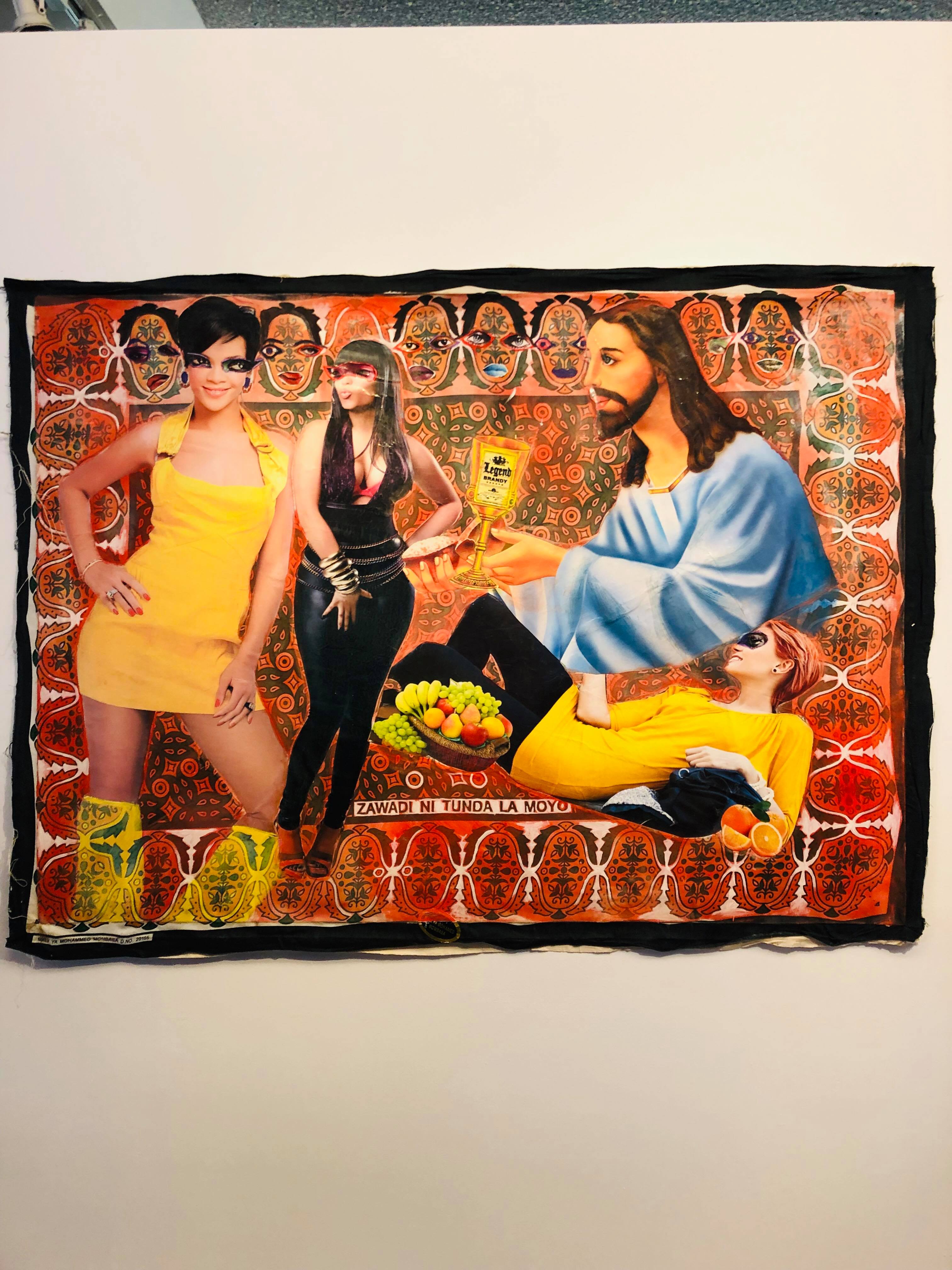 In his work, John Kamicha (Kenya, 1976 ), observes and criticises the behaviour of people in Kenyan society. He focusses on taboos such as sexual identity, prostitution, or Christendom, and on hypocritical behaviour. To make his message more accessible for Kenyans themselves, Kamicha works, among other things, with mixed media on lesso, a traditional East-African fabric that is used by East-African women as a wraparound skirt. He particularly likes lesso which bears proverbs, such as, ‘Gifts are the fruit of the heart.’

In his twenties, Kamicha was a Rastafarian. For seven years he daily read not only the bible, but also the history of ancient cultures. The accumulation of all this knowledge, led him to query, among other things, religion. As a reaction to people who worship images of Jesus and the Virgin Mary, Kamicha began to make collages of posters which he bought from street vendors in Nairobi. An example of this is the work, Zawadi ni tunda la moyo. This work brings out his fascination for Jesus and the life he led – Why does the Jesus on the posters always have light brown hair and wear lipstick? Did he enjoy partying? And beautiful women? And why was Jesus surrounded by 12 men (apostles)? Was he perhaps gay? Exposing this sort of ‘holy’ subjects, caused a scandal, and Kamicha had to go into hiding for a while. 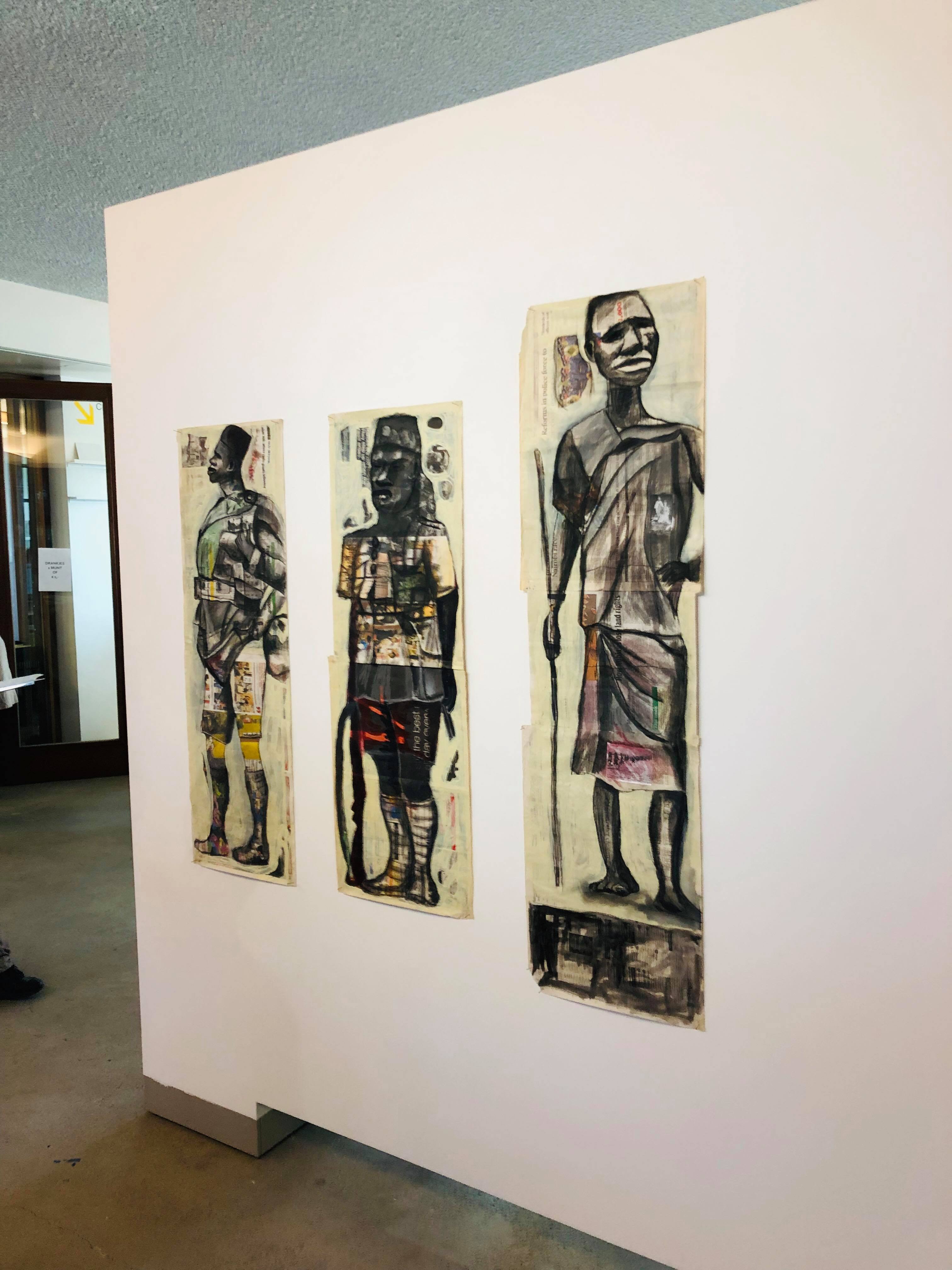 Currently, Kamicha is working on a project in which he wants to honour 100 Kenyan soldiers who died during battles in proxy-wars. Several proxy-wars have been fought in Kenya, one, the most widely known, is the battling out of the cold war through the Mau Mau uprising (1952-1960) – Kenyan Mau Mau rebels (anti-colonial rebels) were supported by the Soviet Union on one side, and on the opposing side, British-Kenyan forces were supported by the United States. Kamicha investigated Kenya’s national archives and encountered photographs of Kenyans who served in these wars. He analysed these unknown soldiers and made works of art, one for each soldier. The works are painted on newspaper enabling him to play with the words or sentences there, which could be related to a specific soldier or to abuses in Kenyan society. 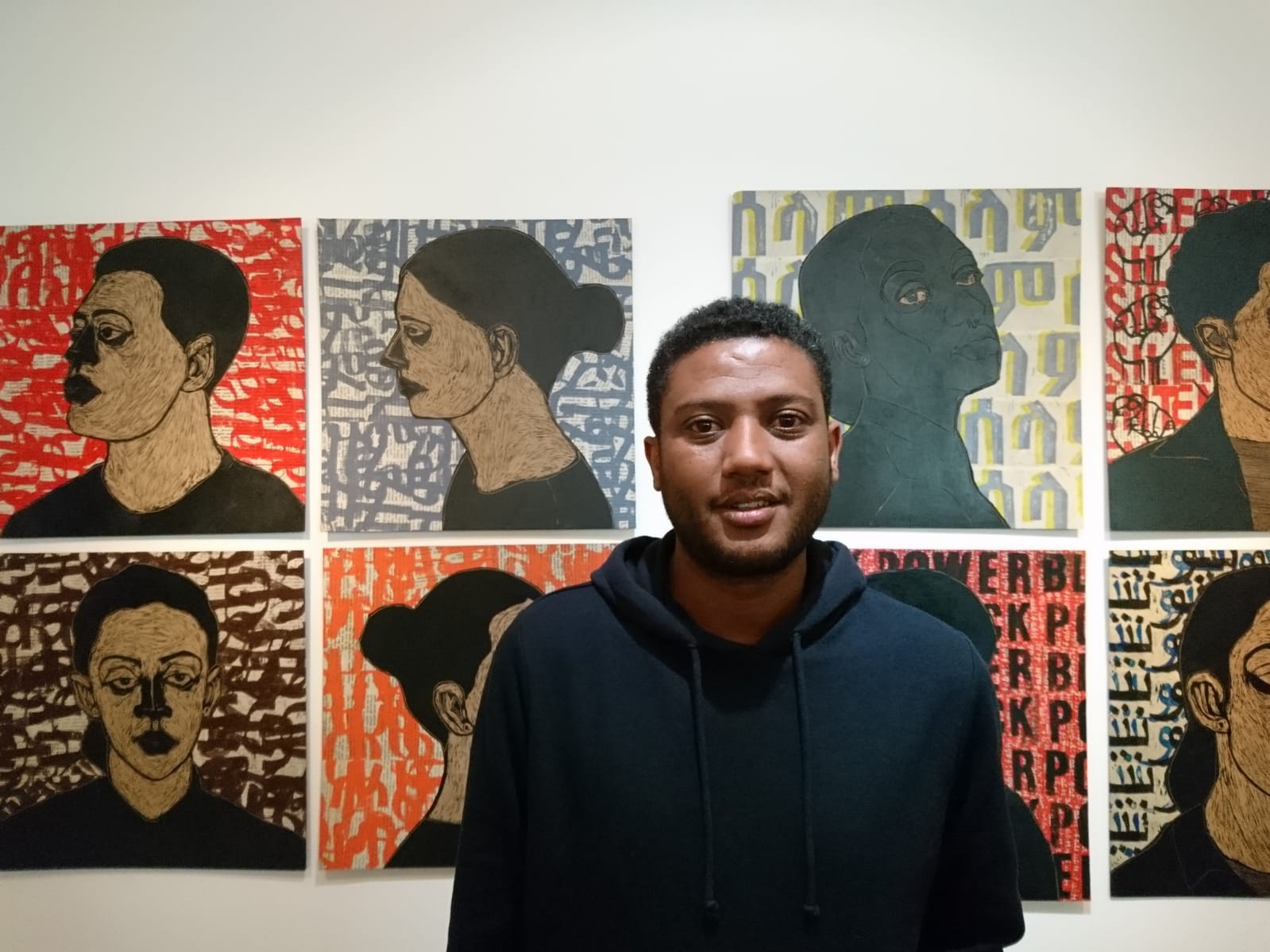 Ephrem Solomon (Ethiopia, 1983) graduated in 2009 in Fine Art from Entoto TVET College in Addis Ababa, Ethiopia. He works with mixed techniques, makes engravings, and woodcuts using plywood. Solomon’s view is that it is the artist’s job to document the spirit of the times. He observes his surroundings and shares his opinions about the city of Addis Ababa and on the people around him in Ethiopia, whereby he is constantly pushing at the boundaries of freedom of speech where it concerns criticism of society.

In a subtle manner he criticises the political system and the role of the Ethiopian government in relation to its subjects. Through the use of hidden symbolism he makes social-political collages using Ethiopian newspapers from previous regimes (in the Amharic language), and portraits of everyday Ethiopians. The portraits are doleful, neutral and contorted – portrayed thus because in the real world, nothing is perfect either. 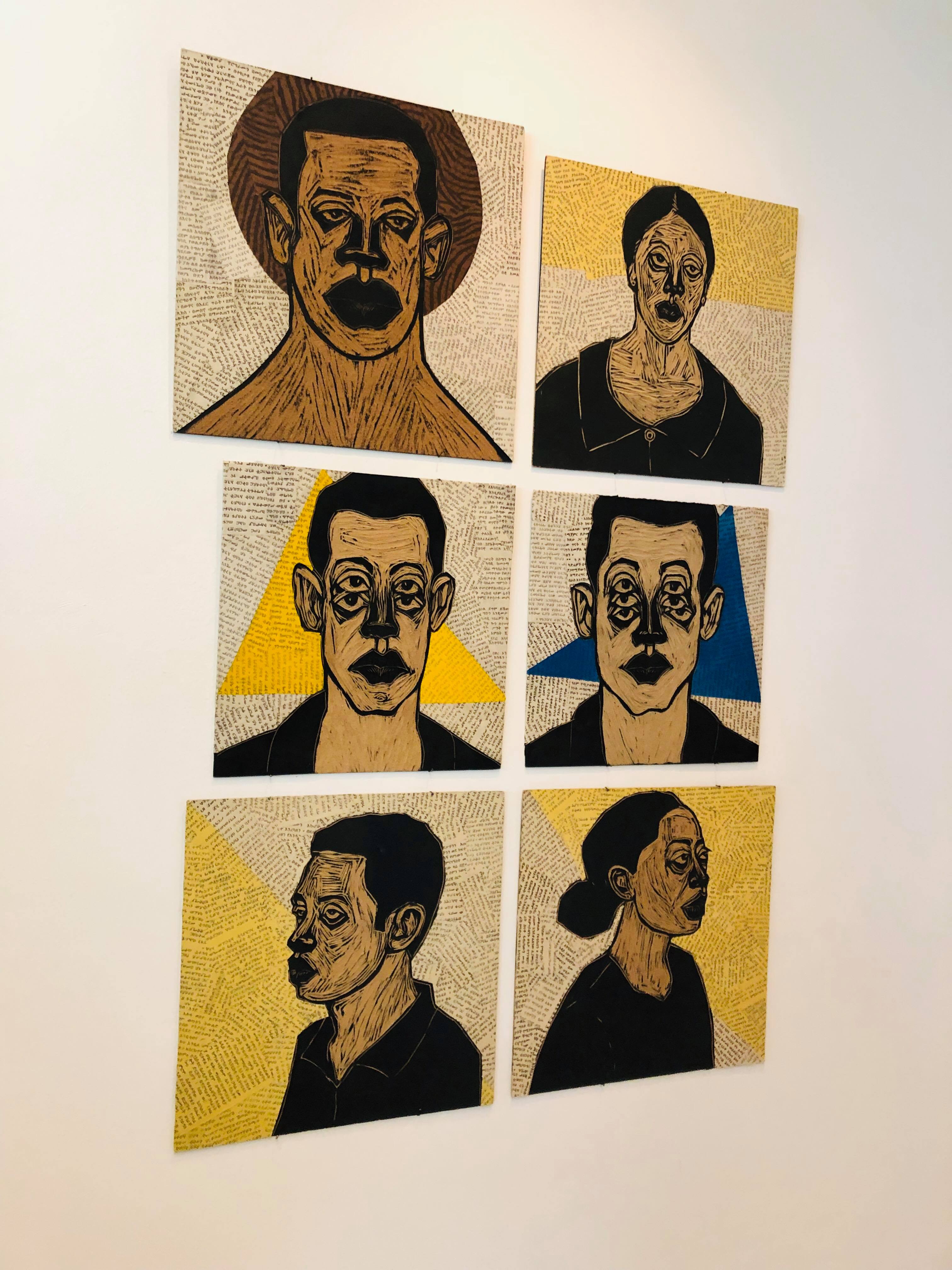 Solomon investigates origins, identities and surroundings. “We all come from the same source, the oldest human skeleton was found in Ethiopia, and yet people want to erect borders and categorise. We see it in land borders, but also with the categorisation of people into ethnicities, which only leads to inequality and the abuse of power. We should be focussing on the communal, the collective.”

As well as delving into everyday Ethiopia, he investigates a fictitious world that exists beyond the present, a reality which is free from limitations. Solomon uses a lot of black and white and repetitive forms, and he defines life as disappointments and repetitions, saying, “Day and night, sad and happy, winning and losing – it’s all the same. I may see colours in the world, but at the same time it is all black and white. Life is full of repetitions in the here and now.” 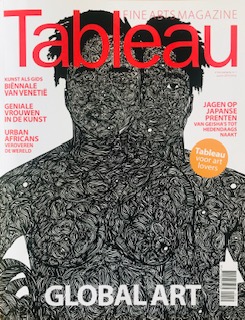 Review in Dutch Newspaper Parool on February 8, 2019 ‘Nude but not helpless’. Read FULL PDF of the article here (Dutch).